This 1960's era Gibson Southern Jumbo was brought to us with a broken bridge that needed to be replaced. 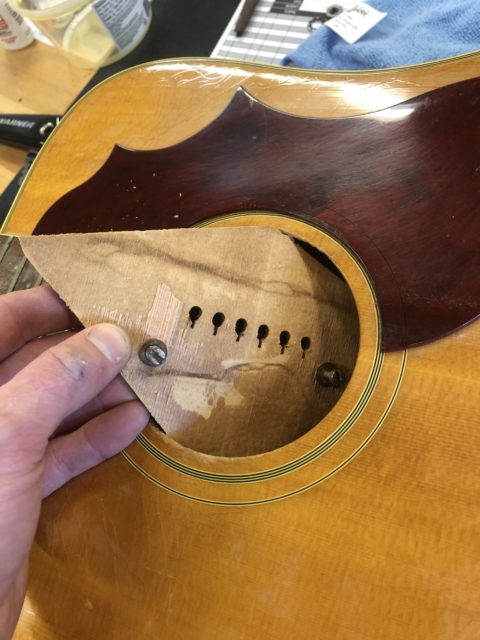 Over time, the bridge plate had begun to let go, which allowed the top of the guitar to warp, causing the bridge to fail. We removed the old plate here. We fashioned a new bridge plate out of maple, using the original as a template. We then apply adhesive to the new bridge plate and glue it in place. You will notice that there are no holes for the strings, which we will address later. We also fabricated these cauls in the shape of the bridge plate. These assist in applying even pressure on the plate as it is being glued in while also helping to flatten the top of the guitar. It was decided that instead of retaining the adjustable saddle, that a standard, non-adjustable bone saddle would be used. We filled the old adjustment screw holes, and the old strings holes with dowels and glued them in place.

We salvaged the pieces of the old bridge and glued them back together to use it as a template. When we make a new bridge, we try our best to match up the look of the new one as much as possible to the original. We happened to have this piece here which looks quite nice.

You can even see in these pictures where some of the grain patterns even line up! 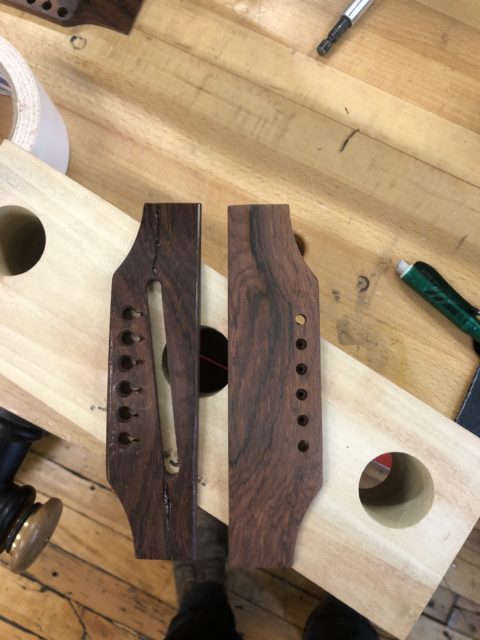 Here, we have the shape cut out for the bridge and new string holes drilled. One of things we noticed with this guitar was that the original string holes were just a bit off. We filled them in, as mentioned earlier, so we could then drill new holes in the correct locations. Here we have the holes drlled for the two E strings, and you can see how they are just a bit higher in this image than the original holes. 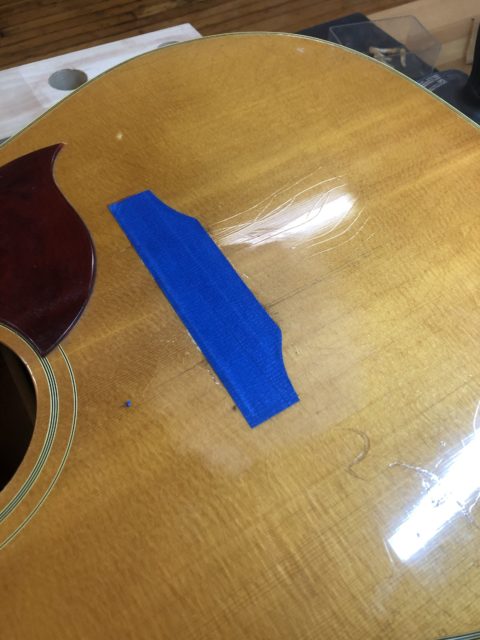 Before we glue on the new bridge, we wanted to address some of the wear on the top of the guitar, evidenced by this dull, discolored portion around the bridge. We taped off the footing of the bridge, so we wouldn't touch the bare wood.

Here is how it looks after being filled and buffed. 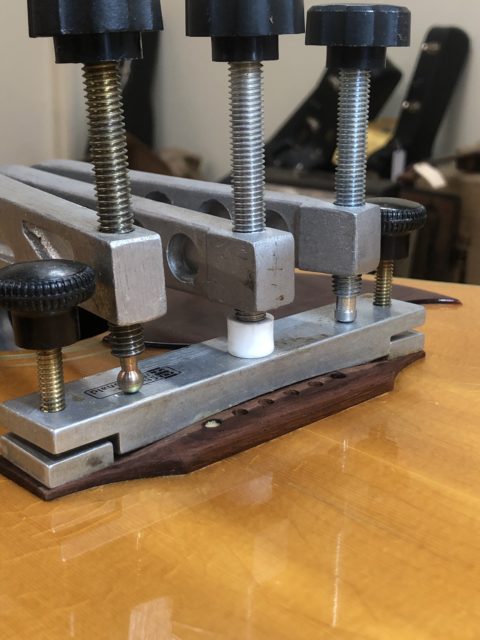 Now we use this specially designed caul and some bridge clamps to glue the bridge in place. Here is a close up of the finished product next to the original bridge. We think it came out great! After a setup and test of the guitar, this beauty is ready to get back out there for many more years of music.